Now that CYL is active and I'm seeing the options, I think I have my week mapped out.

Obligatory votes for my favorites (Hubert and Soren) even though they're already in the game. Voted post-timeskip Hubert today and will vote for Radiant Dawn Soren tomorrow (I want an archsage alt of him, damn it).

For the other 5 days, I want to give the older games some love. I spent all of 2019 playing them and getting familiar with those older characters, so it's only right. The other 3H characters that I love will get plenty of votes without me, so I'm not worried about them getting in.

Day 3 - Lachesis. She sorely needs an alt. Her current form in FEH is a shitty gen 1 healer, and her title is "Lionheart's [Eldigan's] Sister." She is so much more than just some other dude's sister. She is a great character in her own right and absolutely amazing and broken when she promotes. So much more can be done with her. A mounted (or infantry) alt with the Earth sword, which has distant counter and heal. A mounted healing alt. A mounted bow alt. Probably more that I'm forgetting right now but her current form in FEH does not give her justice at all. I think she was my first maxed/promoted unit in FE4.

Day 4 - Linoan or Sara: Both are great sages in Thracia. They level quickly and gain offensive magic after promotion. They're both fucking nukes in addition to other great staff utility and I loved them. I guess the one I choose will be a game time decision.

Day 5 - Melady: One of the best flying units in FE6. A lot of other people have been clamoring for her for a long time, so I'll throw her a vote. She was very useful for me in FE6.

Day 6 - Jill (Radiant Dawn version) - Same mentality as Melady. Jill was much more useful for me in FE9/10 than M was in 6, though, so maybe I should replace Melady with someone else to avoid redundancy. I like Jill more as a character. I have time to think about that.

Day 7 - Pelleas or Shinon: Haven't decided... and maybe this will just replace my Melady vote. Pelleas is weak-willed and I think he should be a free unit, honestly, but I still want him in the game. A lot of past CYL peeps were free last year, so this isn't a long shot. I'm surprised Shinon isn't already in the game. He's an asshole, but popular enough.

Other notes: The fact that Duke Aegir is votable is hilarious to me.
Top

That was my reaction to the first character on the list for 3H being Acheron. Yeah it's an alphabetical order but I laughed anyway. What a goon.
Top

Yeah, definitely some unexpected choices available. I forgot Metodey existed. Who is seriously going to pick them aside from trolls? And with that said, Gatekeeper isn't an option. Fail.
Top

Got my Tsubasa. +HP/-Def, blah blah blah. Still 15 days left, not much word I've seen on new banners of interest in that time, may as well try for Ellie.

Hubert's back up in the latest skill focus banner. Go get yourself a merge.
Top

Ooh, I didn't see that yet! I'll have to get rid of his -spd bane! I usually don't pull for dupes on purpose but I'll make an exception here since I spent nearly nothing on the current new banner.

E: Well, he cost me 65 orbs (pulled blue too because I wouldn't mind a Kliff, but no luck there) but he's +atk, so I'm actually going to merge my old version into this one.
Top

Congrats on your Hubert merge and Tsubasas! I remain orb-poor and futilely continue to throw orbs at the Askr!Duo.
Top

Hope you get some luck soon. At least that banner is long.
Top

Oh yeah, the special stages in Tap Battle are pretty great this time around. I especially liked the 100% Tikis stage.
Top

Yeah, today's confused me at first until someone online pointed out that it's the Sweet Witch Dia song, so that's why they're all magic users with the Witchy Wand.

And we're getting a 4th extra stage tomorrow, which is a first. To be expected for a Tap Battle based off of a music-themed game, though.
Top

I still mostly play FEH while I'm watching TV or youtube so have the sound off lol.
Top

I usually have it low so I would have never recognized the song/theme without someone pointing it out. As for tap battle in general, I usually play it one-handed while drinking coffee with my other hand and I'm lucky to get anything other than a C rank. I just play for the clear rewards.
Top

No surprises here, except that I expected Claude to outperform Dimitri. My boy Soren is #12, so that's great, and Jill and Mia and high on the list, too. Today was going to be the day that I threw Jill my vote, so that won't change. As for my next 3 votes... I kind of want to push Claude above Dimitri.

E: And for all the haters online saying that TMS shouldn't be included, Itsuki and Chrom broke into the top 20.

E2: Despite the results, I still stuck with voting for IDK, my BFF Jill tonight.
Top

Plumeria at #8 ahead of Awakening Anna is an interesting pick. Sticking to the Anna train, though I really don't mind if any of these top characters win.
Top

That's hilarious. I love how Tsubasa is just... "fuck this, I'ma redo it."
Top

I had to look up Plumeria. The first image that came up was Triandra, and I was thinking I really like the artwork. Plumeria suffers by comparison, just in the artwork. Can't speak to the characters.
Top

I think Triandra's design is better as well. Neither of which really have any characterization to speak of this early on in book IV, though. People really just vote for boobs. I guess most of the superficial Camilla voters from last year (not talking about the people who genuinely like her) had to go somewhere...
Top

So weird that they put Mesu King in Fire Emblem 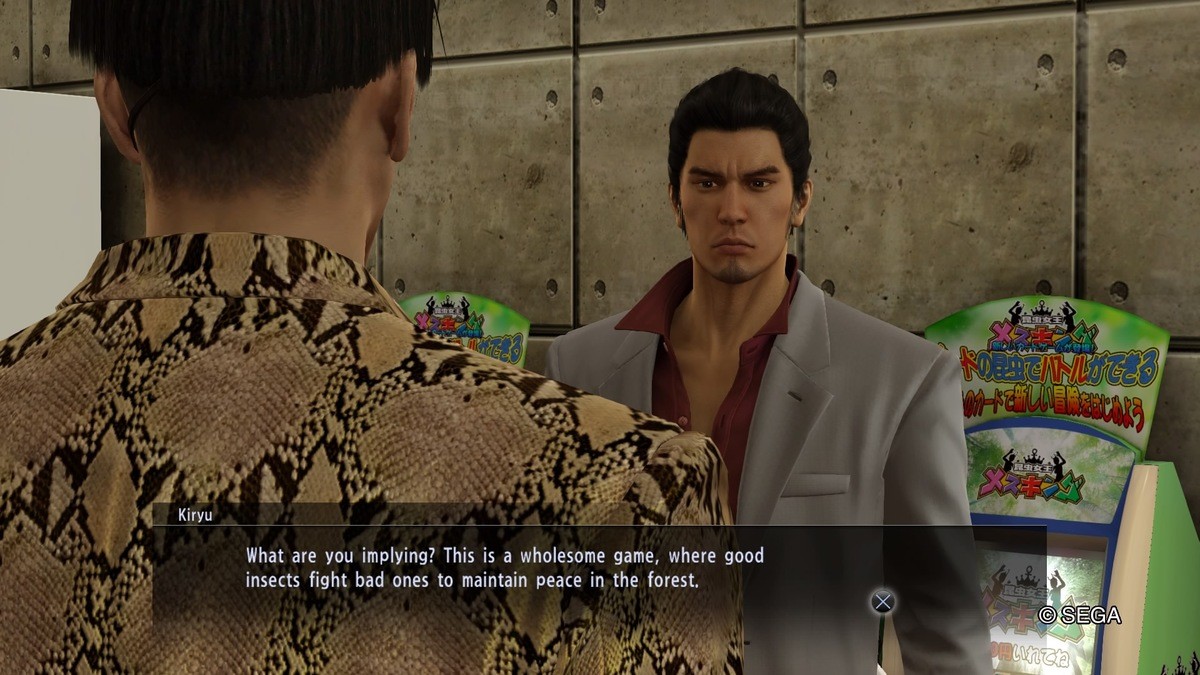 I've had that one-star cook animation before, it's one of my favourite because it's so unexpected that one of the judges redoes it.
Top

hmm, not sure what I want to do with the next voting gauntlet (beasts). Naesala and Tibarn are up against each other at first, but those are also my first choices. No real preference to start, and after whoever loses, I have no preference after. :/
Top

We all knew Lif was coming. He comes with Open the Future, like NY Alfonse, so that's interesting.

Hmm, pretty meh about this one overall. I could take or leave Lif and Eliwood is also a red that's not old to me. However, I want Leif the most, and he colorshares with a duplicate and someone I don't care about.
Top

Yeah second the meh overall. Noone I really want at all.
Top

One thing I noticed is that this banner ends on Feb 6th, and the new special heroes starts on the 7th, so we'll get that trailer before this expires. The anniversary will also be in the middle of that, so we might get bonus orbs/free random seasonals (free Soren? Please?). I'm going to pull for Leif maybe on the last day, if I don't care about the upcoming banner.
Top