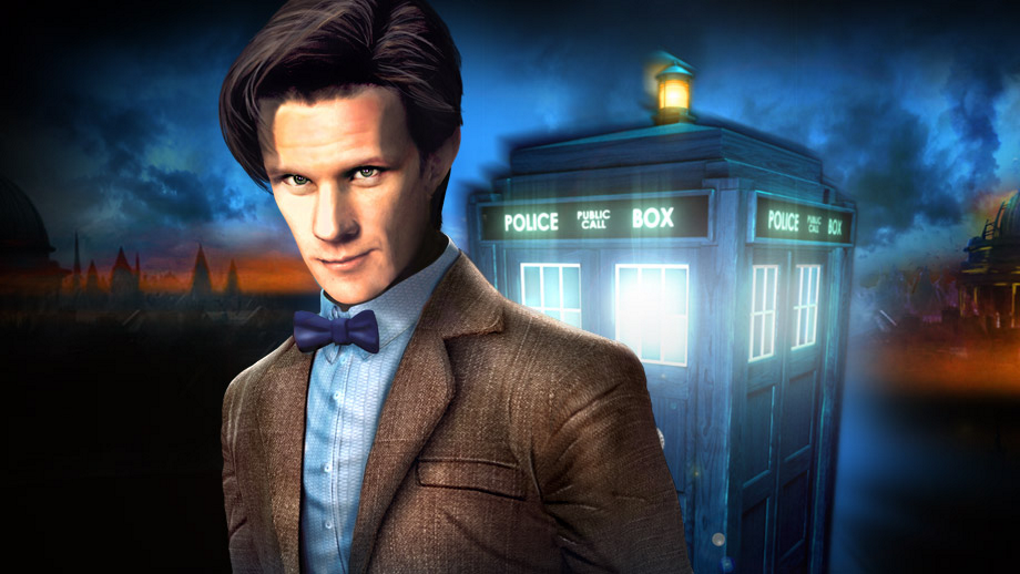 Doctor Who: The Eternity Clock finally arrives on the PlayStation Network, with later releases planned for the Vita and the PC, after missing its original release date by about a month. Still, that’s OK, the TARDIS often misses its target dates by much larger margins.

Two things need to be said about Doctor Who: The Eternity Clock. First, it is not a very good game. Second, it is the best Doctor Who game ever. If that makes it worth twenty of your preferred currency unit then so be it, you won’t really need a review to tell you what to do. Good for you, mate.

The Eternity Clock is a 2D platformer on a 3D plane with some for-the-most-part uninspiring puzzles to break up the monotony somewhat. The rather bare bones plot sees the TARDIS make an emergency landing on Earth due to a “time storm” and from then on it’s basically every over-the-top all-star fan fiction as Cybermen, Daleks, Silent and more show up for various reasons, necessitating a visit to the Eternity Clock, some sort of giant depository of all time and events that probably contradicts a million Doctor Who stories and audio books. It certainly reads like some sort of overwrought and ultimately hollow season finale “event.” 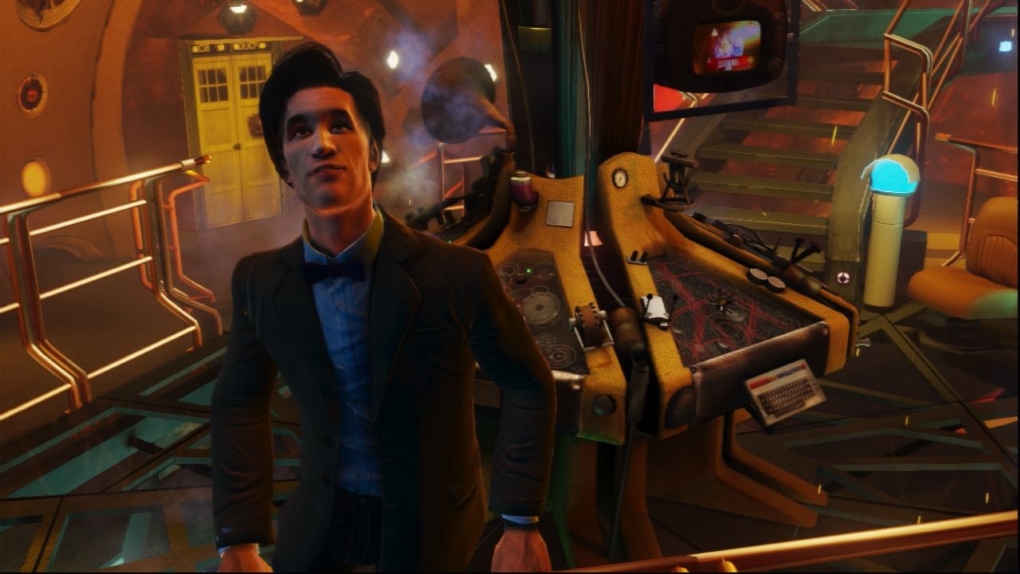 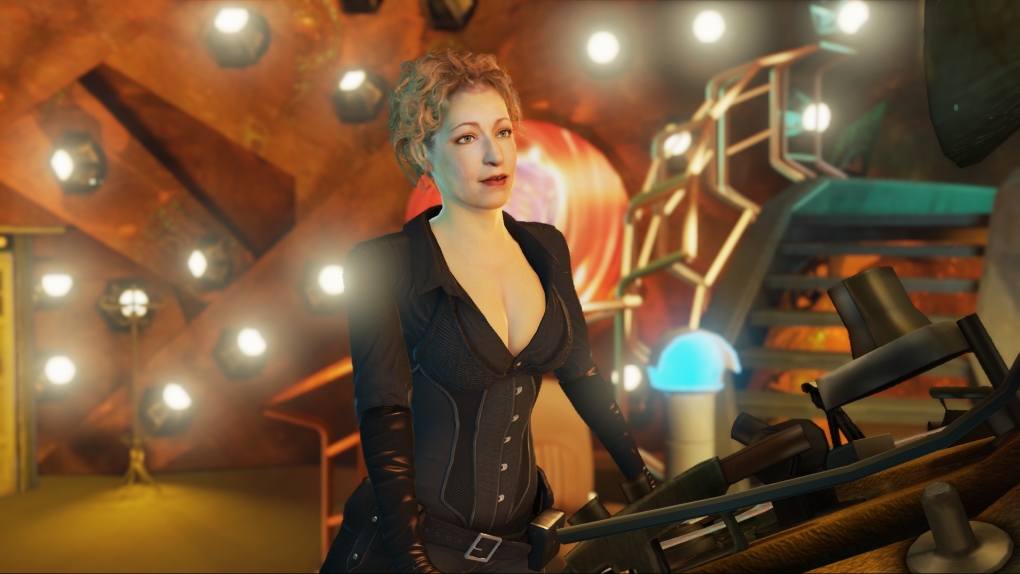 So what we have got here? The plot switches between the Doctor and River Song, voiced by Matt Smith and Alex Kingston respectively, as they bop along in their sub-Little Big Planet gameplay adventures. Developers Supermassive Games are most known for their LBP expansion packs and it is certainly that game that Eternity Clock draws the most influence from. While the Doctor’s sections tend to feature slightly more block pushing and River’s features some awful stealth gameplay, the differences are minimal.

The game actually starts off promisingly enough. Matt Smith is in good form voicing the Doctor and the starting platform segments ease you in while giving you a bounty of quips and wisecracks (“Who designed this thing, Escher?!” he notes of the Bank of England, which has more platforms and switch puzzles than the real thing, I imagine). The whole feeling is only enhanced when you find a selection of hats, bonus collectable items that the Doctor can make many joyful references from his past about (including a 42 reference, of all things). Even the first puzzle type is pretty clever, using the R stick to calibrate the Sonic Screwdriver to the correct frequency to open a series of doors. It seems like you’re in for a simple, but fun game.

And then you switch over to River Song and everything starts to slip a little. Even if you’re a big River fan, you’ll be a wee bit disappointed. She’s quite muted, doesn’t have any witty lines to draw you in, despite Alex Kingston doing her best with what she’s given (note to writers: “Hello, sweety” is a fine catchphrase but is not funny in and of itself). Her inaugural level, breaking out of Stormcage, is basically a series of trial and error encounters with buggy guards who will randomly decide whether they spot you or not that only serves to remind you of all those poorly-thought out stealth sections put in games in the mid-90’s after Metal Gear Solid came out. Her gun, once you get it, has very little use, only stunning most enemies momentarily because without a constant stream of drones, the gameplay is rendered defunct. Soon enough though you’re reunited with the Doctor and then the game slips between Doctor, River and dual levels on a regular basis 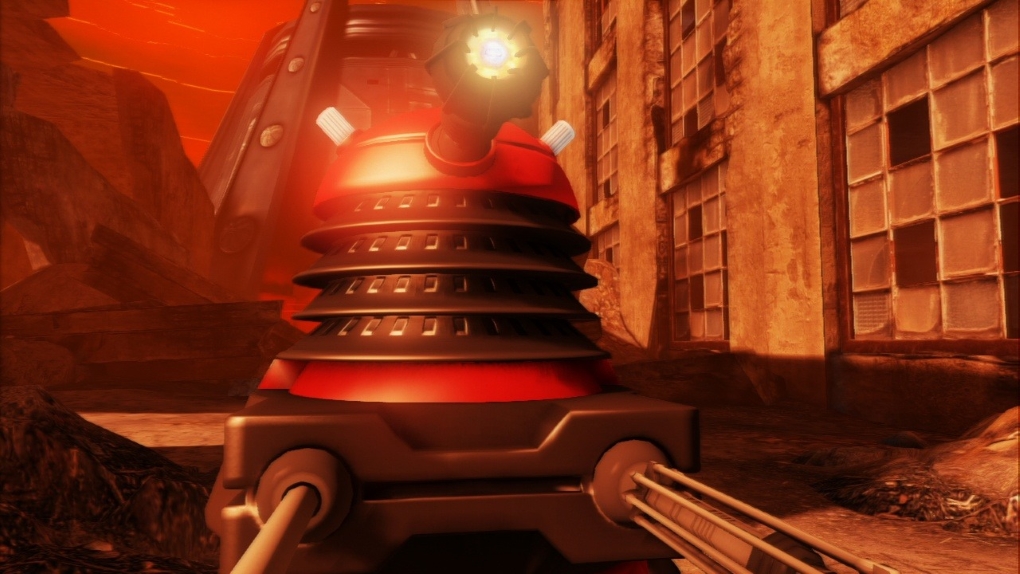 But by then, even when you’re back in the Doctor’s shoes, things start to drag. The puzzles become more obtuse (not difficult, on Medium difficulty most puzzles should only take one try) and poorly explained, the difference between the two characters lessens and the laughs become fewer as the dialogue becomes bogged down in the usual Doctor-River fluff, except not as tightly written. The style of writing that we come to expect from Doctor Who is not necessary in most games, but in a Doctor Who game whose main draw is most certainly not its gameplay? It starts to kill the motivation to keep going after it suddenly vanishes.

Even then, Eternity Clock could have made for an average, if uninspired game but the various bug and glitches are a constant niggle that can continually frustrate you. Enemies will either spot you or not for no real reason, the music and dialogue will cut out and then pick up again later, going through everything you missed so you’re hearing conversations from 20 minutes ago play out. The goodwill the game earns in its opening 15 minutes slowly evaporates as you continue to jump about levels with inconsistent checkpoints, often secretive objectives and questionable design choices (enemies continue to advance and attack not only while you’re attempting puzzles but while you’re reading the tutorials for them).

The collectables continue to be fun (the Doctor referencing the UNIT dating controversy and the Valeyard, of all things, is always good for a chuckle and River’s “An Unearthly Mess” diary entry is fun) but with no gameplay value they’re not a large motivation to continue playing. Nice touches abound through the game with some choice lines of dialogue (including a small, almost unnoticeable Torchwood reference), a handful of atmospheric settings and a plot that if thin, at least tries to make up for it with bombast but that hardly seems enough.

Graphically, the game resembles some sort of missing link between an excellent PlayStation 2 and an average PS3 game. However, everything is more than adequate and any weaknesses in the game’s look stems from its love of dark, muted colours which hide detail and make things more complicated than they need to be. As for the music, when it sticks to the Murray Gold tracks things are OK but when it ventures off that, the quality drops to mediocre. There’s nothing here that’s going to stick in your head after you turn the game off. 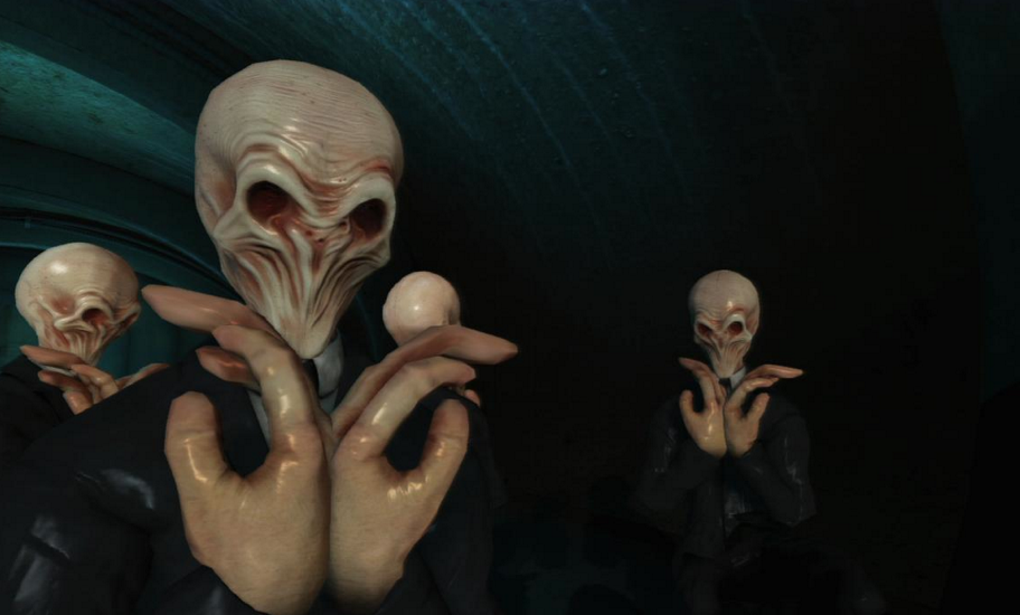 Still, this is the best Doctor Who game ever made, beating out 1997’s just-below-mediocre Destiny of the Doctors. Even if you disagree on that, it is certainly the best Eleventh Doctor game by a large, large margin. Maybe that’s enough, considering the developers, the budget and the time frame involved (a little under five months from announcement to release). If you loved Little Big Planet but felt it needed to have more dark underground settings and no customizations, you’ll enjoy this game. If you’re a huge Doctor Who fan, you’ll probably buy this game anyway and will scramble for anything, anything to enjoy, like I did. There’s some potential here, but it’s just obscured and finally overwhelmed by its flaws.

Downloadable content is said to be in the works, in order to continue the plot apparently. There’s a chance to improve upon the gameplay but such things usually aren’t the focus of DLC. This is the game we have and while some of the bugs, such as the infrequent crashes back to the PlayStation menu, might get fixed, there isn’t likely to be an upswing in gameplay. Sure, the TARDIS looks better in the new series but it doesn’t matter if I keep having to watch The Idiot’s Lantern on repeat, does it?

If this game were some part of the series, it would be the 1996 “movie” with Paul McGann. Neither are absolutely terrible and you’ll probably like the Doctor in both but in the end, there’s too much pointless chasing, frustrating elements and logical gaps that even if you’re sad they never followed up on the movie and would be sad if Supermassive Games don’t follow this up with another attempt, at least you’ll understand why.